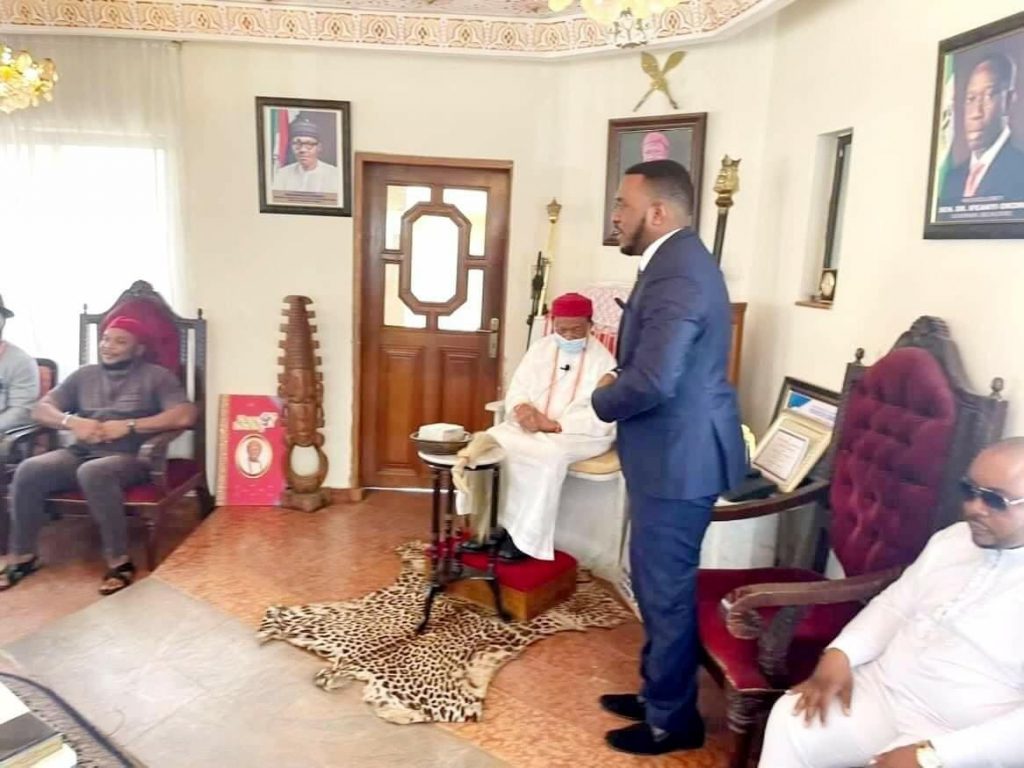 Amb. Mark Obi Leads IT Delegation On Visit To The Asagba In Council

Reports obtained from the Nigerian Bureau of Statistics reveal a significant increase of unemployment rate from 33.38% in the fourth quarter of the year 2020 to an estimated 35% in the last quarter of the year 2021, with a large number oweing to youth unemployment in the country. This increase in youth unemployment has further increased the rate of crime in the country, as majority of the crimes according to police reports have been perpetuated by people within the ages of 17-35.

Mulitnational Company and ICT Giant First Rhema Solutions Limited had conceived the idea that would reduce youth restiveness by approximately 35%. The program had as its key point the establishment of a state of the art Computer Assembling plant in the south south region of the country. The plan which was expected to commence in the last quarter of 2020 was brought to a halt due to the Pandemic that crippled economic activities in the world, as major investor Hewlett Parkard (Hp) was among top corporations affected by the lockdown protocol.

While paying a courtesy visit to the Asagba in Council (Traditional ruling house of Asaba) in Asaba, Delta State. Amb. Mark Obi Chairman of First Rhema Solutions Limited thanked the traditional council for the opportunity given to him to be present and explain in detail the proposed program of the IT company. “We have concluded plans with one of the worlds leading computer manufacturing companies in the world Hewlett Packard (HP) and negotiations are currently ongoing to sign a multi billion dollar contract that would see the establishment of a computer hardware manufacturing company in Asaba, Delta State. This deal would see the employment of 5000-7000 youths directly or indirectly cut across the 25 Local Government Areas in Delta State with a largely significant number from the host Local Government Oshimili South, a place which am proud to call my home” It should be recalled that the Delta State Governor has in the past emphasised on the need for Private Sector Participation and this would be one of many deals that would continue even up to future administrations. The chairman further revealed that in addition to the hardware manufacturing plant proposed to begin soon, there was also a plan to ensure that every civil servant and business owner has a personal computer while allowing them the luxury of paying in installments every month rather than making a bulk payment.

Charles Obi Group Managing Director of the Company in the south south zone while addressing all those present also thanked the vision of the Delta State Government for the establishment of the STEP and YAGEP programmes which have served as a succor to the state government especially at this time when there is little the office of the civil service can do in employing more people. “I am grateful to the governor for making Delta State an investors heaven, our choice for citing this project here is because, we have conducted our research and apart from the close proximity of the state capital to the airport as well as Onitsha the hub of business in the South Eastern part of the country, Asaba, the Delta State Capital has been listed as one of the most secure cities in the country” he said

While adressing the visitors; HRM The Asagba of Asaba Prof. Obi Chike Edozien thanked First Rhema Solutions Limited for coming to him to seek his blessings before embarking on such a huge project ” I am grateful that my son has come here to seek my blessings, I never knew that people like this who had the interest of our people still existed among us and still remain humble” He revealed that after all he has heard from the ICT company he is satisified in entrusting the youths of his local government into their care for mentorship and grooming stressing that the youths when properly engaged are a great asset to the country in general and the state in particular.

Also present at the Palace of the Asagba of Asaba where the Asaba chiefs, Obi’s of Atuma and Abavo as well as The Odogwu of Asaba High Chief Obi Igwe Nwanze Oduah and other Key members of First Rhema Solutions Limited. 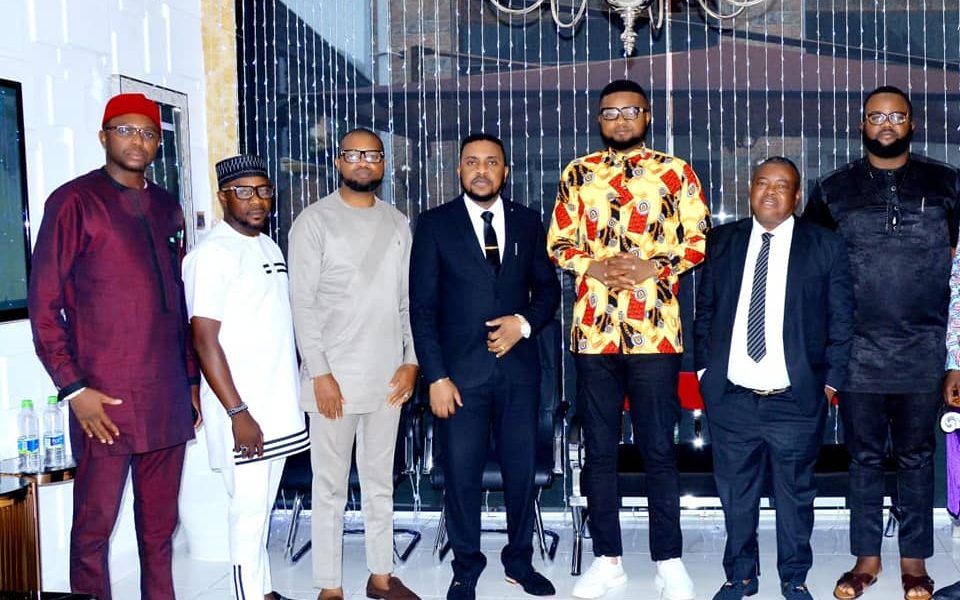 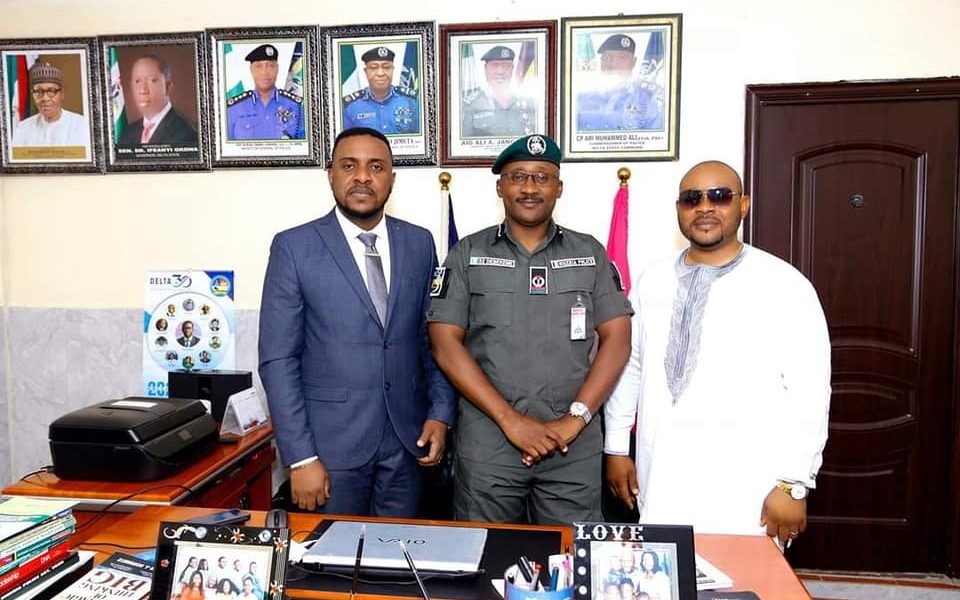 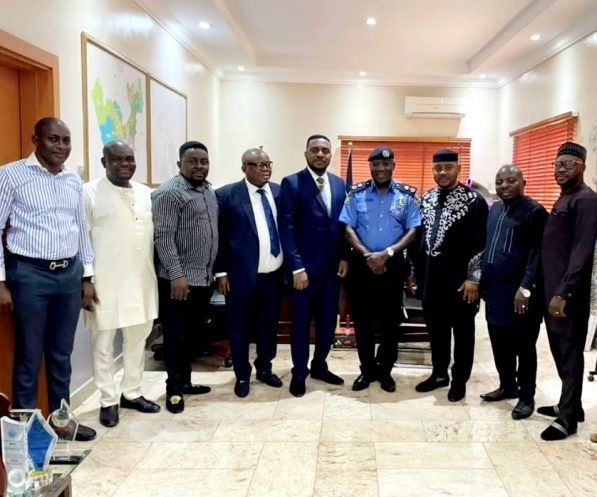 Are you ready for a better, more productive business?

Stop worrying about your technological problems and focus on your business.
Let us provide the support you deserve.