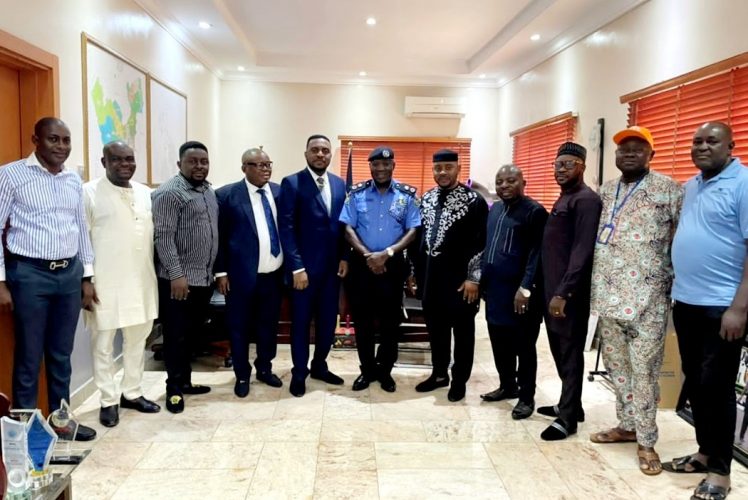 Issues bordering on technology as a tool in fighting crime and the extensive introduction and deployment of AI’s ( Artificial intelligence) systems in the Nigeria Police Structure where top of discussions between the duo. Amb. Mark Obi stressed that owing to the ongoing multiplication of the Internet of Things {IOT} the introduction of Artificial Intelligence would ensure that more data is being created, collected and analyzed than ever before — much of which can be incredibly valuable in a law enforcement context which FIRST RHEMA SOLUTIONS LIMITED is currently working on.

Amb. Mark Obi thanked the Police Commissioner for his enormous contributions towards maintaining law and order in Delta State, in turn the Police Chief thanked the delegation for their proposed plans in engaging the youths in its programmes, stating that youth restiveness if curbed could bring about an increase in the economic activities of the state and the country at large thereby reducing the crime rate and translating to an increase in internally generated revenue.